Ari Shiner made history when he became the first individual with autism to be hired by Wawa in 1981. Now, he’s making history again as he celebrates 40 years with the company. 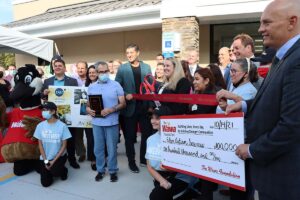 Ari’s 40 years of employment were celebrated during Wawa’s Robbinsville grand opening. Eden Autism was also presented with a generous $100,000 donation from Wawa.

Ari was honored on October 14 at the grand opening of Wawa’s Robbinsville store. He was presented with a plaque to commemorate his achievement, and he received a standing ovation from the crowd. Wawa also presented Eden Autism with a $100,000 donation to support our initiative to improve the health and quality of life for seniors with autism.

“At Wawa, our core purpose is to fulfill lives and that starts with providing a meaningful experience for our 37,000 associates across 940 stores,” said Chris Gheysens, President & CEO, Wawa. “This new store opening also marks the 40th year of our supported employment program with Eden Autism Services, a very important and valued partner. Eden’s employment program for adults with autism started in 1981 when we hired Ari Shiner in our Princeton store. Today, we are thrilled to honor Ari on 40 years of service and all that he has provided to our company and to our customers through the years. Happy 40th Wawaversary Ari!”

Back in 1981, Eden Autism’s founding president, Dr. David L. Holmes approached Joe Bendas, manager of the Princeton Wawa, about having one of Eden’s participants work at the store. Bendas agreed and hired Ari, creating what would become the supported employment program.

“Ari was truly a pioneer in the field of supported employment,” said Scott Kent, a multi-unit operations leader with Wawa.

Today, Wawa has over 700 associates in the supported employment program, including 21 who are Eden participants. 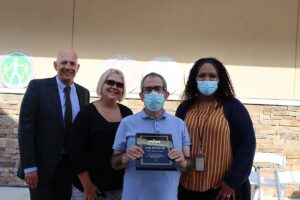 “Wawa’s foresight to create opportunities for individuals with developmental disabilities to secure competitive employment has helped thousands of individuals beyond Eden lead fulfilling lives and connect with their communities,” said Eden Autism President & CEO Michael Decker. “For over 40 years, Wawa has played an instrumental part in our mission to improve the lives of individuals with autism, and we are grateful for their ongoing commitment and support.”

For Ari’s family, the support system that allowed him to learn and grow at his job has had a significant impact on their lives.

“It’s hard to overstate our family’s appreciation for Eden and for Wawa,” said David Shiner, Ari’s brother. “Eden and Wawa have done so much to make Ari who he is.”

Today, the people Eden supports are competitively employed at over 25 different businesses, but four decades ago most companies wouldn’t hire individuals with autism. When Ari graduated from the Eden School, his family wasn’t sure what his future had in store. He was always good at following instructions, but stigmas and other barriers prevented individuals with autism from even being considered for employment at the time. 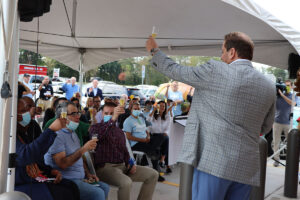 The partnership between Eden and Wawa not only gave Ari the opportunity to find meaningful employment, but it allowed Wawa’s customers to see how much individuals with developmental disabilities are capable of accomplishing.

Ari immediately became a customer favorite at Wawa. Bendas fondly recalled that during Ari’s first year at Wawa, customers would sometimes clean up coffee he spilled rather than tell Joe about the accident in an effort to look out for Ari. His employment was so successful that within the first couple years, approximately 12 more individuals with autism were hired at Wawa.

Ari is known at both Eden and Wawa as a sweet, kind hearted, intelligent man who loves his line of work. “I think Ari can pack out a cooler quicker than most employees,” said Kent. “His productivity is amazing and his work ethic is second to none.”

Tom Tiberi, General Manager of the Princeton Wawa, said that Ari is adamant about making sure everything is pristine. And just as customers supported Ari 40 years ago, they’re still connecting with him today.

“When customers come in and see Ari in the store, they immediately smile and go over to say hello,” said Kent.

Ari is one of Wawa’s longest tenured employees, falling somewhere in the top 10. “It’s been an amazing career, and he’s been such a vital part of the Wawa family,” said Kent.

“You want to believe that whatever you’ve done in the world has brought some benefit and some joy to people, and that they have appreciated it,” said Ari’s brother. “Ari is a part of that. He’s had this really productive life, and those 40 years at Wawa have been an important aspect of that.” 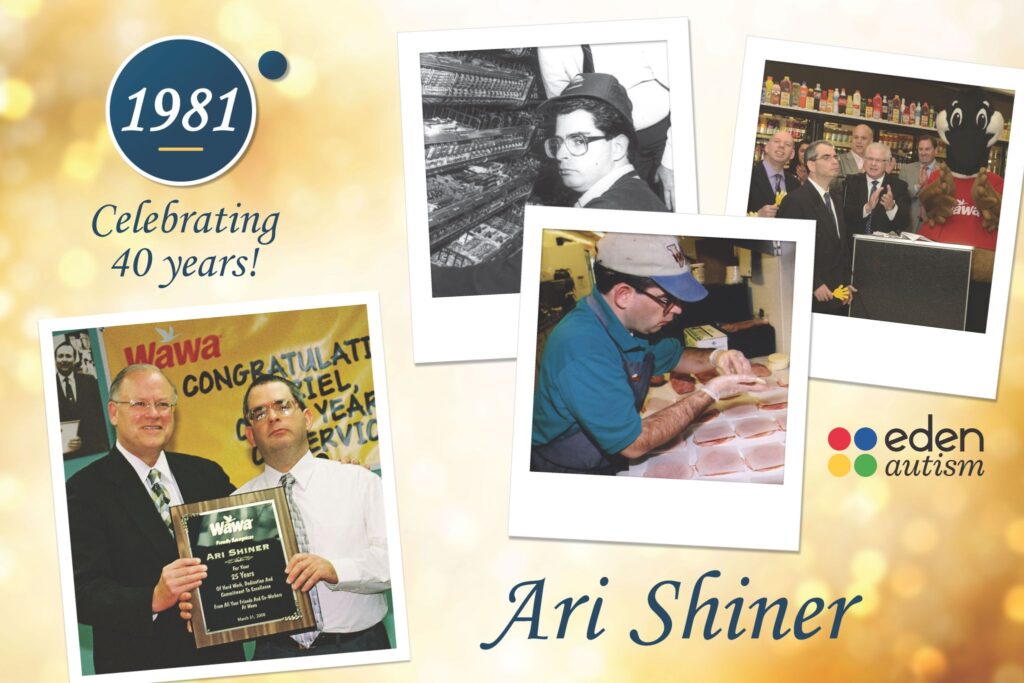 Your ticket for the: Ari Shiner celebrates a remarkable 40 years at Wawa