After living near the Eden School for nearly two decades, the McHales moved to Maryland to be closer to their family. It was a decision that was only possible thanks to the life skills and independence their son learned during his time at Eden. 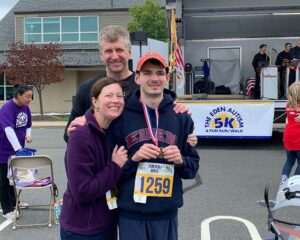 “The reality is Eden made it so he could move,” said Brian McHale. “That wasn’t even something that we thought was possible years ago, but he adapts so well.”

During his time at Eden, Brian’s son — who is also named Brian — gained independence through learning a variety of daily living skills. He does chores around the house, and he doesn’t need as much assistance getting himself ready as he did years ago.

“Eden was able to not only give him the skills he needed to transition into adult services, but do so in a way where those skills would transfer from the classroom to other environments,” said Brian. “Brian is doing very well and he adapts so well, and a lot of the reason for that is because of the great work Eden did.” 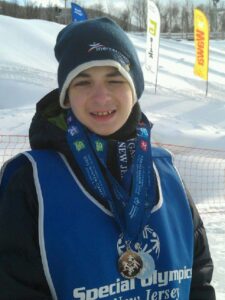 Eden’s impact extends beyond the McHale family — their colleagues, friends, and neighbors all benefited from Eden’s mission. “Both Laura and I work, and there’s no way we could have worked had it not been for the support we had from Eden,” he said.

“You never know when you’re going to have a colleague or a family member who’s going to be faced with a challenge that our Eden parents are faced with, and it feels good to know that Eden provides these services that truly impact and help the entire community,” said Brian. “It makes the quality of life in the entire community just that much better.”

Even though Brian is no longer enrolled in Eden’s programs, the McHale family remains involved with Eden. Brian is the chair of the Eden Autism 5K Committee, helping to plan this year’s upcoming 5K & Fun Run/Walk. Organizing Eden’s largest fundraiser is Brian’s way of giving back to the organization who gave his family so much.

“We can never pay back Eden fully, but we’ll do whatever we can to just close that gap,” said Brian.

To donate to the Eden Autism 5K or register for the run or walk, visit edenautism5k.org

Your ticket for the: Donor Spotlight: Brian McHale gives back to Eden through 5K fundraising