When Lydia Paglinawan’s son, Ralph, first joined Eden in 1999, he was unable to express his wants or needs to his family. By the end of his first year at Eden, he was communicating using picture exchange symbols. 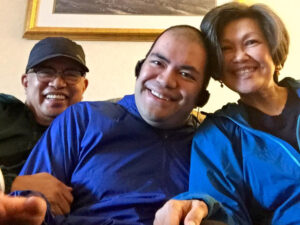 Today, Ralph is able to communicate on his iPad, and he recently embarked on a new journey — living semi-independently in Eden’s supported housing.

“Eden has done so much to get Ralph where he is right now,” said Lydia. “Eden has provided hope, a place for him, and support. It all makes such a big difference.”

As a way to give back to the organization who has helped her son, Lydia fundraises for the annual Eden Autism 5K & Fun Run/Walk. Her fundraising page for the 2021 race launched just a few weeks ago, and she’s already nearly met her goal of $1,500.

Lydia has participated in the 5K since the very first race back in 2004, “We’re not the big-type donors, but we always try to support as best we can,” she said. “We are so thankful for what Eden has done for Ralph and the family. We try in any little way we can to give back.”

Her fundraising strategy is simple — ask friends and family for support. She’s amazed by the support she receives every year, often from the same people. “There are so many people who continue to support us through the years,” said Lydia. 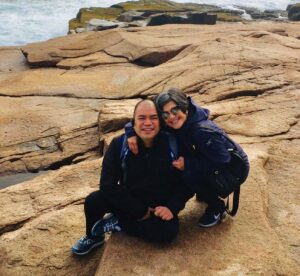 Lydia is impressed by other 5K teams — who are often part of a company or business — who raise thousands of dollars during a single fundraising campaign. However, she’s focused on doing what she can year after year, and she’s had a big impact over time. Not only has she raised thousands of dollars for Eden’s programs since the first 5K, but she’s shared Eden’s mission with her community.

“I’m trying to reach out to other families who might have the same group of family and friends and let them know that by just doing it year after year, it still adds up and helps the Eden population,” she said.

“Eden provides hope and a place for everyone — not just the ones that are easy to handle, but a place for folks like my son who has a very tough journey,” Lydia said. “We now have a 37-year-old who is so much happier with himself. It’s a dream come true.”

Every amount raised, no matter how small, makes a big difference to Eden’s mission to improve the lives of individuals with autism.

To sign up for this year’s Eden Autism 5K & Fun Run/Walk, visit edenautism5k.org.