After years of running in the Eden Autism 5K and helping the committee plan the race, Paola Silva Barajas is taking on a new role as co-chair of the event committee. 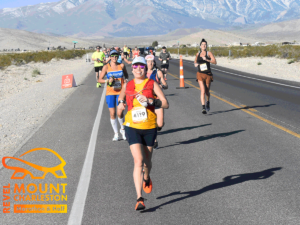 Paola is working with fellow co-chair and Eden father Brian McHale and the rest of the committee to plan every detail of the upcoming October 2 race.

“It’s going to be a lot of fun for runners and families alike,” Paola said. “We just can’t wait to see people back in person in October.”

Paola first attended the Eden Autism 5K as a volunteer through her old job. “It was a big race for a local 5K, and that impressed me,” she said. “I always got this feeling of it being a really family-oriented and community-oriented event.”

As an avid runner herself, Paola came back the following year to run and was impressed by the organization of the race — and the free goodie bags given to runners and walkers.

“The effort that goes on behind the scenes to put the race together and make it so seamless, as a runner that always keeps you coming back,” she said. “The races where people look happy and everyone has a good experience are the best from a runner’s perspective.”

Eventually, through her friendship with Eden Autism President & CEO Michael Decker and his wife, Liz, Paola learned more about the organization behind the race. The dedication everyone at Eden has for helping individuals with autism inspired her to get more involved herself by joining the race committee. 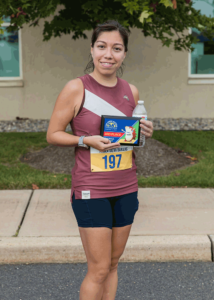 “The hard work comes not just from the people who work for Eden, but also the families around Eden. It’s a community effort,” she said.

Giving back to Eden is just one way Paola helps those in her community. Philanthropy has been a big priority in her life, especially after her father’s death. “I’ve always been trying to find a way to turn that event into something more positive,” she said. “Volunteering has always helped me see the other side and help make a positive impact on people’s lives.”

“Paola brings a wealth of knowledge, expertise, and passion to the Eden Autism 5K race committee, and we are honored to have her lead us in planning this year’s event,” said Melinda McAleer, Eden Autism Chief Development Officer.

From a running perspective, Paola’s favorite moment of the race is crossing the finish line. Over the years, running has both motivated and challenged Paola, which makes it such a wonderful sport. “Running is a constant reminder that I can keep moving forward regardless of how hard things are sometimes,” she said.

Now, being able to see a race come to life from start to finish, Paola is able to combine her love of running and love of philanthropy into one.

“Being able to give back to the running community and the Eden community — who I’ve learned so much about and see how hard they work — that part is amazing,” she said.

The 2022 Eden Autism 5K & Fun Run/Walk will be held Sunday, October 2 at the Eden School. You can learn more and register at edenautism5k.org.