Donor Spotlight: Carrie Stangl takes fundraising to the next level

The offices of Berkowsky and Associates, Inc. may seem a little different in the weeks leading up to the Eden Autism 5K & 1-Mile Fun Run/Walk. 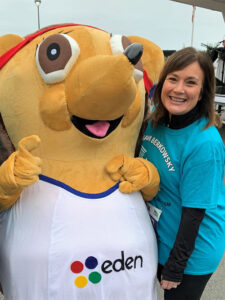 The office is divided into two camps, Team Design and Team Construction, and there is a buzz throughout the workplace as each team competes to see who can raise the most money for the Eden Autism 5K.

This in-office competition has raised over $50,000 for Eden’s services and programs in just two years, and it’s all thanks to the passion and dedication of Carrie Stangl, Marketing and Business Development at Berkowsky and Associates.

“Carrie used her enthusiasm to start an in-house competition to generate interest in soliciting supporters of the 5K,” said Mark Berkowsky, Eden Trustee and President of Berkowsky and Associates. “She expanded the competition through weekly updates of the success of gaining supporters by the two departments.”

Like all employees at Berkowsky and Associates, Carrie was aware of Eden Autism thanks to Mark’s involvement. However, she did not fully understand the scope of Eden’s impact until she attended the 5K Corporate Breakfast in 2018.

“The fact Eden provides services for life, that’s really what stood out the most to me,” said Carrie.

She left the breakfast ready to take the company’s involvement in the 5K to the next level. Carrie didn’t just set out to plan a fundraiser, she tapped into everyone’s personalities to craft a friendly competition that raised money and boosted workplace morale. 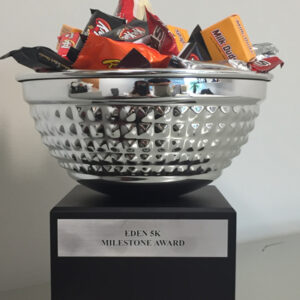 Carrie created a candy-filled trophy for the winner of the fundraising competition.

Carrie used her impeccable organizational skills to register employees and their family members, track fundraising totals, and host little pep rallies to encourage as many donations as possible. A giant sign was placed in the kitchen that kept everyone updated on the latest figures, and Carrie even gave the winning team a trophy filled with candy as an extra incentive.

Carrie wasn’t sure what to expect or how much money they would ultimately raise. When they raised nearly $25,000 the first year, she was blown away. “We’re so grateful for everybody’s generosity,” she said.

“It’s really about encouraging the idea that everyone has something they can contribute — coming out to the race with your family or donating $20,” said Carrie. “It may seem small, but when you put it all together it has a huge impact.” 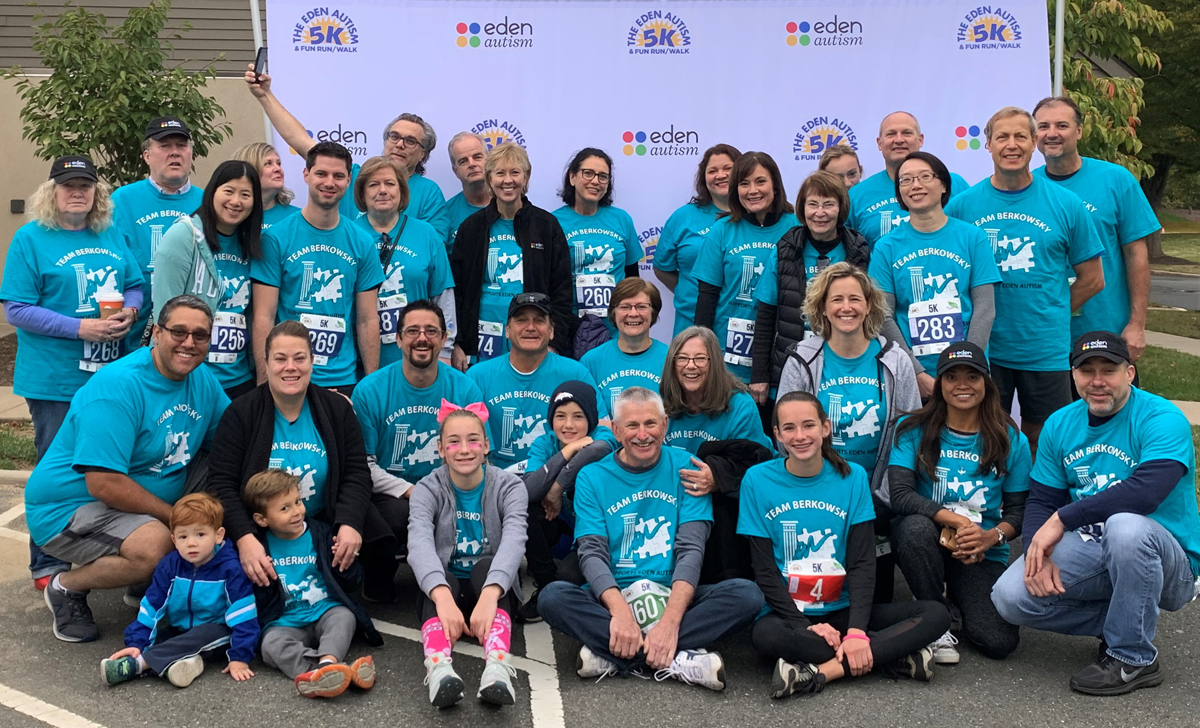 Your ticket for the: Donor Spotlight: Carrie Stangl takes fundraising to the next level

Donor Spotlight: Carrie Stangl takes fundraising to the next level