In our new series, we’re profiling members of Eden Autism’s Board of Trustees. This month, we spoke with Scott Kent, an executive with Wawa, Inc. Scott serves as a multi-unit operations leader who oversees 17 general managers and over 700 associates in the Central/Northern New Jersey market along with other corporate roles to include being a member of the Wawa Foundation Team. 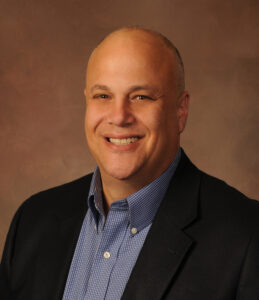 While Scott Kent joined Eden’s Board of Trustees in 2019, his relationship with Eden began in the early ‘80s where as a Wawa Supervisor, he oversaw the Princeton University store. The General Manager, Joe Bendas, hired a man from Eden — the first individual with a developmental disability to be hired at Wawa and perhaps the first man with autism that Scott had ever met.

“This young worker was as good as any other employee in the store and stood out as an inspiration to not only me, but our customers as well,” said Scott. “I quickly realized that this opportunity could have great value to not only the individuals at Eden but also for Wawa as a corporation.”

Scott worked with Joe Bendas and Eden to expand the employment program to 7 more Wawa stores around the Mercer County area. Today, Wawa’s supportive employment program employs over 700 individuals across 900 locations, including 24 participants from Eden.

When the employment program first began, Scott explained that many people only saw it as something great a for-profit company was doing to help their community. It didn’t take long, however, for everyone to realize just how much their own lives were changed and improved by the employees in the program.

“It wasn’t just a company doing something that was perceived as nice,” said Scott. “The individuals in this program became so intertwined in Wawa’s vision and mission to support the community we serve. It didn’t take long for people to realize this is a true partnership.”

For Scott — who has been at Wawa for 40 years — one of the most rewarding parts of his job is seeing individuals in the supportive employment program grow within the company. In fact, some of the individuals he hired in the ‘80s are still employed at Wawa today. “To see them grow in their roles and take on more responsibilities has been tremendous,” said Scott.

In addition to securing employment for Eden’s participants, Scott has also helped organize numerous fundraising events for Eden, including golf outings and coin canisters. His work with the Wawa Foundation has secured virtual funds for Eden’s participants and families. Working with Eden even runs in his family. His daughter, Alanna Rozentsvit, is a Speech Language Pathologist in both the school and adult program.

“While Wawa has been extraordinarily generous, it’s employees like Scott who embody that generosity and commit their personal time and talent to Eden,” said Eden Autism Chief Development Officer Melinda McAleer. “Even his daughters are woven into the fabric of Eden. Helping their father with his volunteer efforts from the time that they were children, each was inspired to work in the field of special education. His youngest even applied for a teaching job at Eden without letting him know until she was offered the position!”

Serving on Eden’s board has been a privilege for Scott, especially throughout this past year. Scott has worked alongside other trustees and Eden staff to navigate the challenges of the coronavirus. Above all else, Scott has kept the safety of Eden’s participants, staff, and families at the forefront.

From the early days of the employment program to his current role as a trustee, Scott has embodied Eden’s mission to improve the lives of individuals with autism: one individual at a time, one family at a time, one community at a time.

“We were one of the pioneering partnerships to show how a for-profit corporation could successfully partner with a nonprofit, and are extremely proud of our relationship and how it grew from that first employee to now,” said Scott.

Your ticket for the: Meet Eden’s Board of Trustees: Scott Kent